in collaboration with Gail C. Boyajian 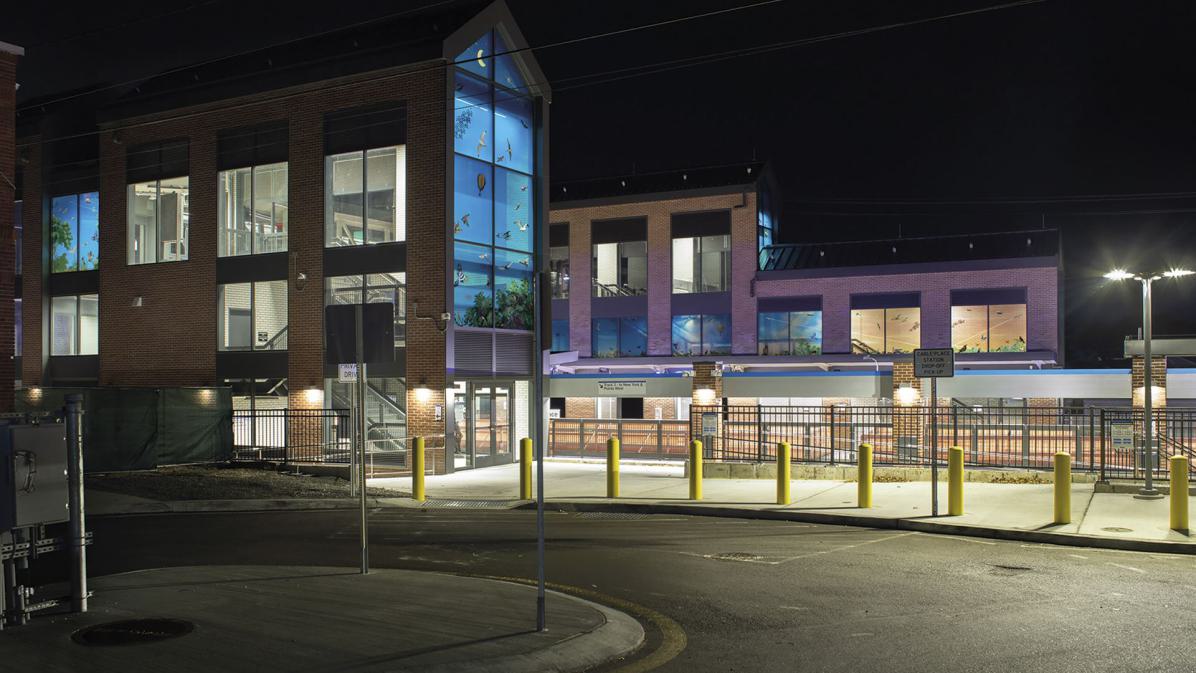 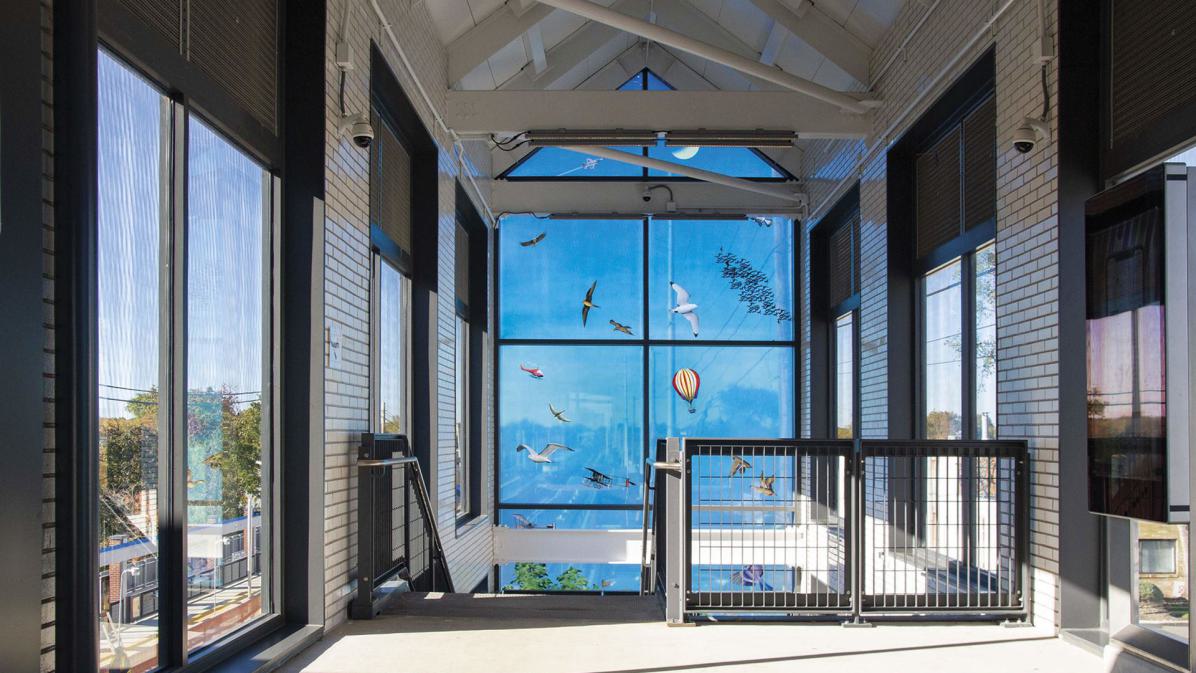 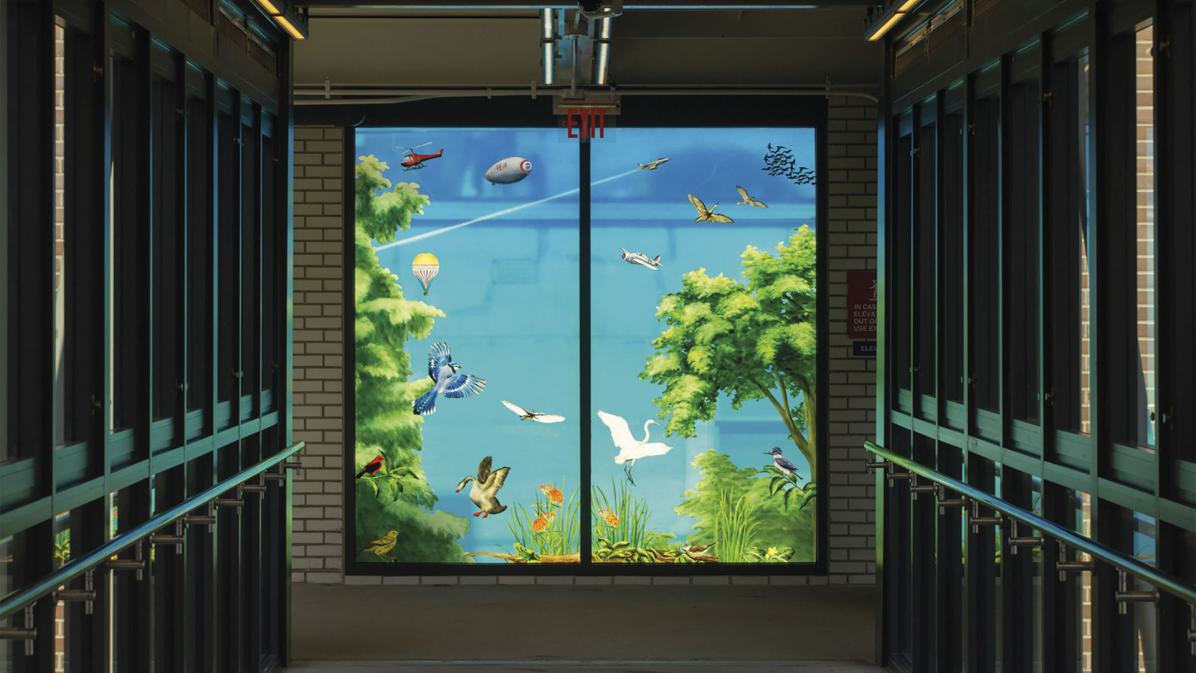 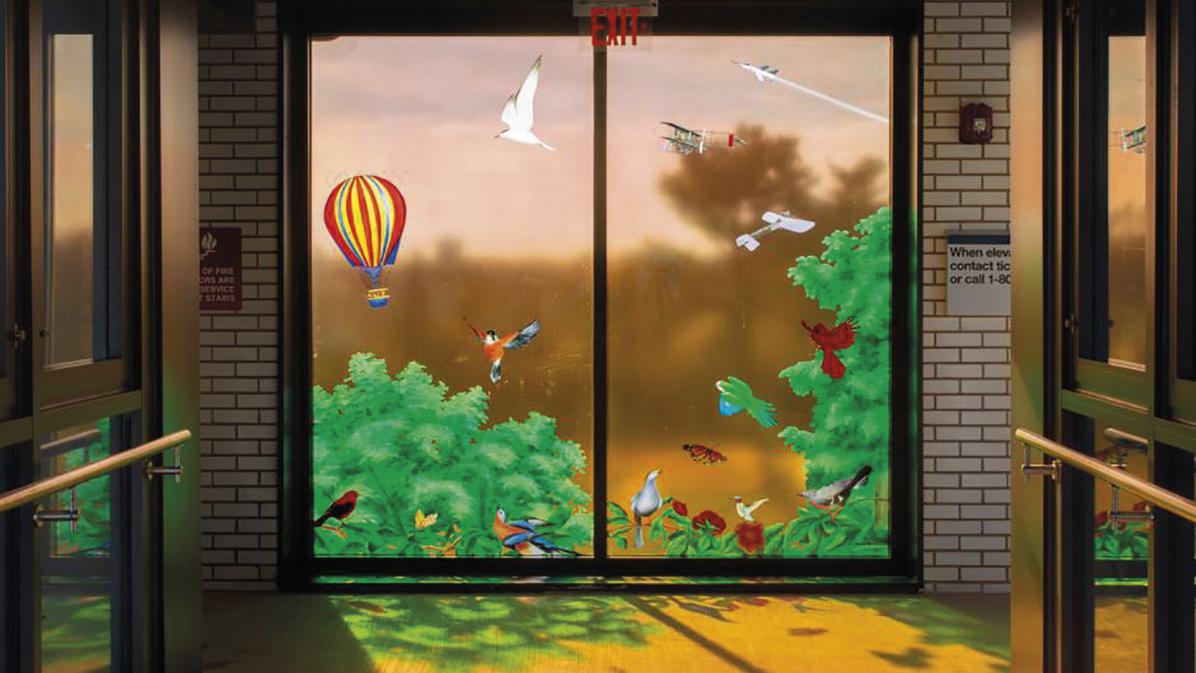 DESCRIPTION: Gail Boyajian’s artwork „Aviary“ explores themes of flight, in part paying homage to the nearby Cradle of Aviation Museum, Grumman headquarters, and airports. „Aviary“ features various birds native to the Carle Place area of Long Island and its green spaces that support their habitats, as well as some extinct ones like the Passenger Pigeon and the Carolina Parakeet that flourished at the time of early attempts at human flight.

The artwork is made up of 42 hand-painted, laminated glass panels that were fabricated by Glasmalerei Peters Studio. It features depictions of aircraft made by Grumman, such as the Apollo Command and Service module and the F-14 jet. There are various helicopters and passenger planes, as well as images of historical flying contraptions, including balloons, blimps and bicycle powered kites, indicating humankind’s wish to emulate the flight of birds throughout time. Frogs and marshland habitats appear in several panels as a nod to the history of the community and its original name, Frog Hollow. The composition, based on Boyajian’s original hand- painted and digital artwork, is continuous across the elevator towers, with the glow of a sunset and a high moon suggesting the passing of the day through the shifting colors, creating a scene to be experienced from many points of view over time.