If larger parts of a glass painting are lost, so that the missing part is more significant and the artwork is perceived as a fragment, the question arises of whether reconstruction is appropriate.

As in all types of restoration, reconstruction is a point where opinions differ, as there are many possibilities. Do you reconstruct it or do you make the fragment work?

If one leaves the fragment, the question arises as to how to deal with the open spaces, since in glass painting clear, empty surfaces always outshine painted, coloured surfaces and appear bigger and heavier. Here, there are various possibilities for the neutral suppression of the open spaces. Point grids, covers, special glass, etc. There are no limits to the possibilities here and everything is always dependent on the object, the location and the requirements of the window.

If a reconstruction of missing areas is desired, then the question arises of the source material originally used in this window. If the corresponding material is available, you can work here in the same way as for the replacement of missing areas: the missing part is recreated but can still be separated and distinguished from the original. To what extent the original and the reconstruction differ from one another is another story.

Reconstructions always demand the highest attention to finding the solution. We are happy to help you find a suitable solution for your reconstruction. Using modern ethical foundations of restoration and with a wide range of techniques, approaches and patterns, we develop individual proposals.

For some time now the Grassimuseum in Leipzig has been proudly presenting a unique piece of modern art; the stairwell windows designed by Josef Albers, an artist of the Bauhaus style; and it is thanks to many generous donations that it has been possible to reconstruct these exquisite windows. 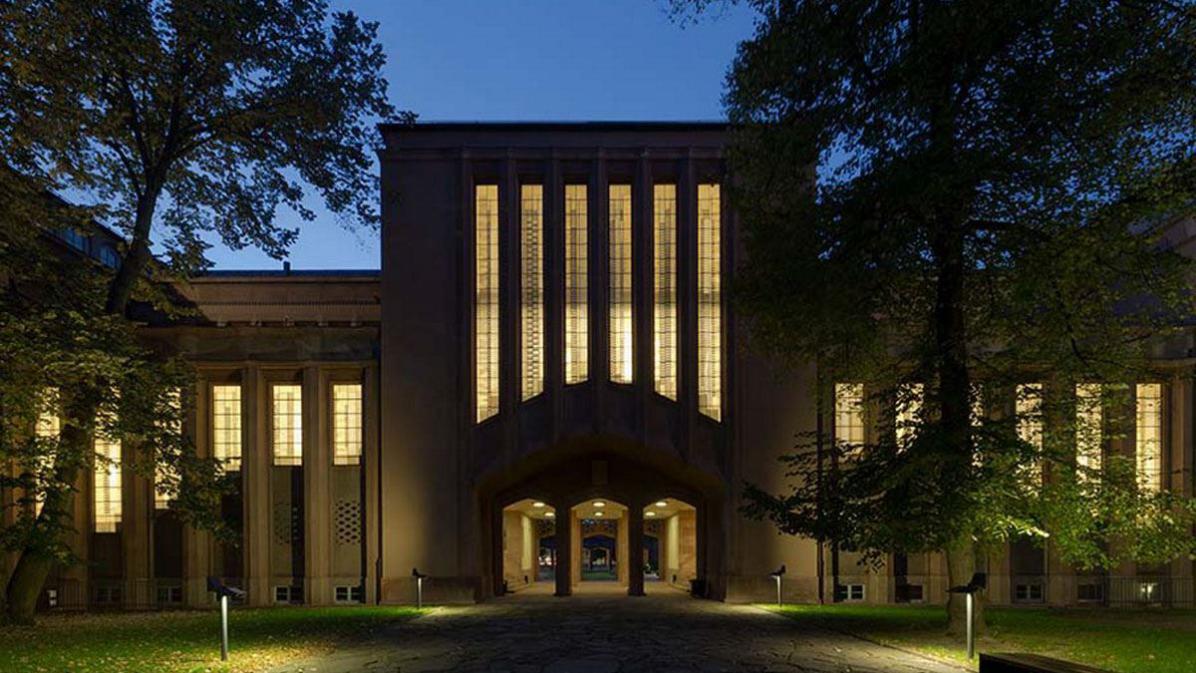 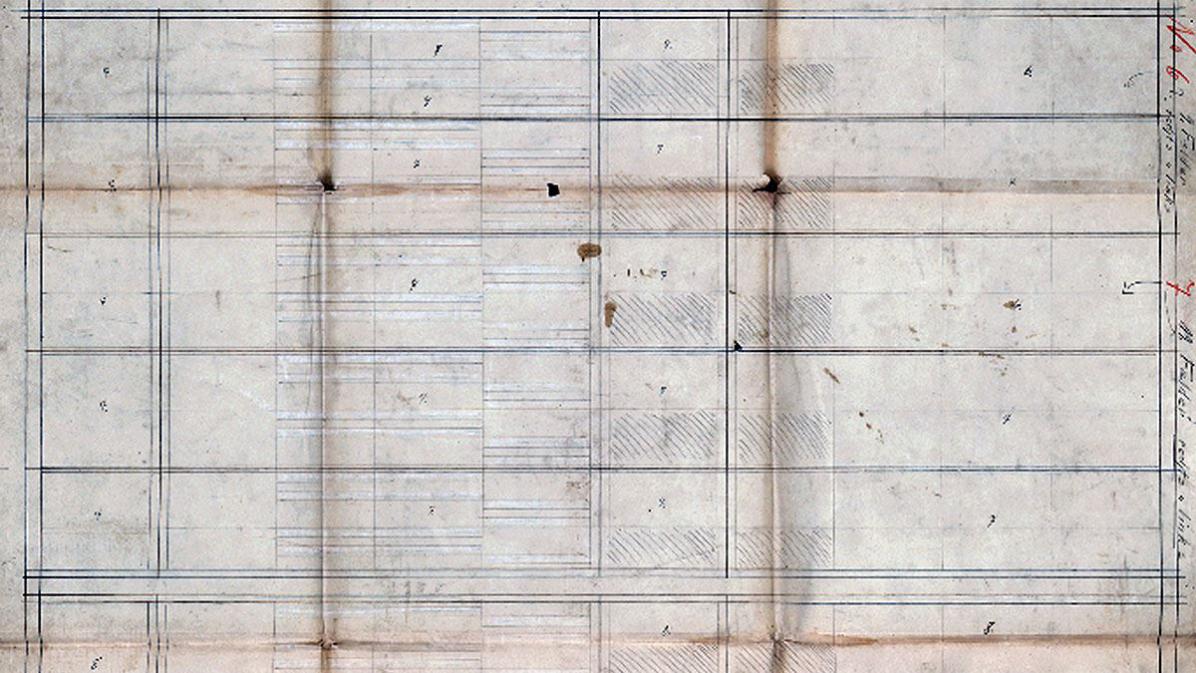 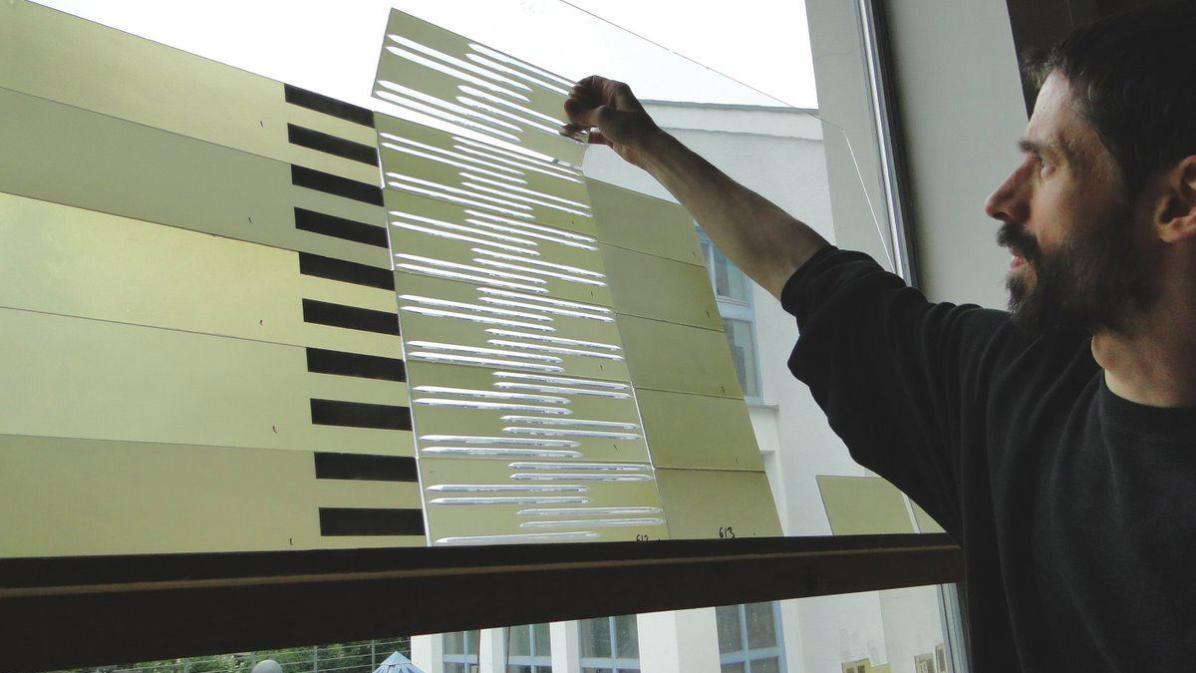 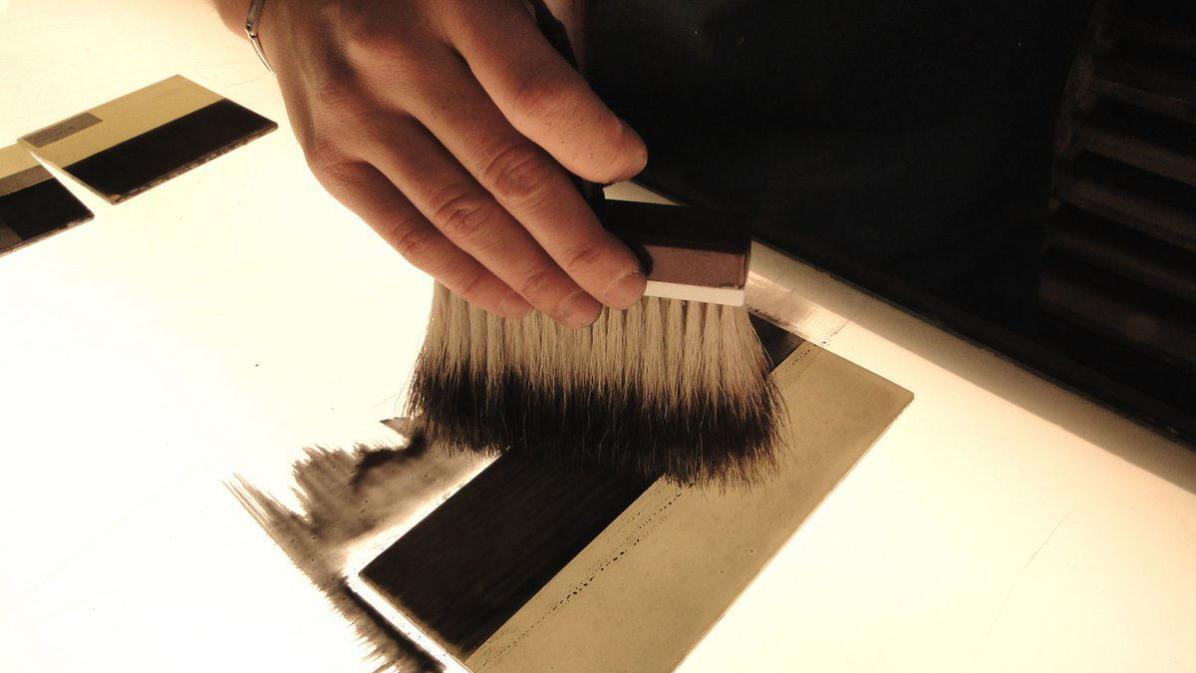 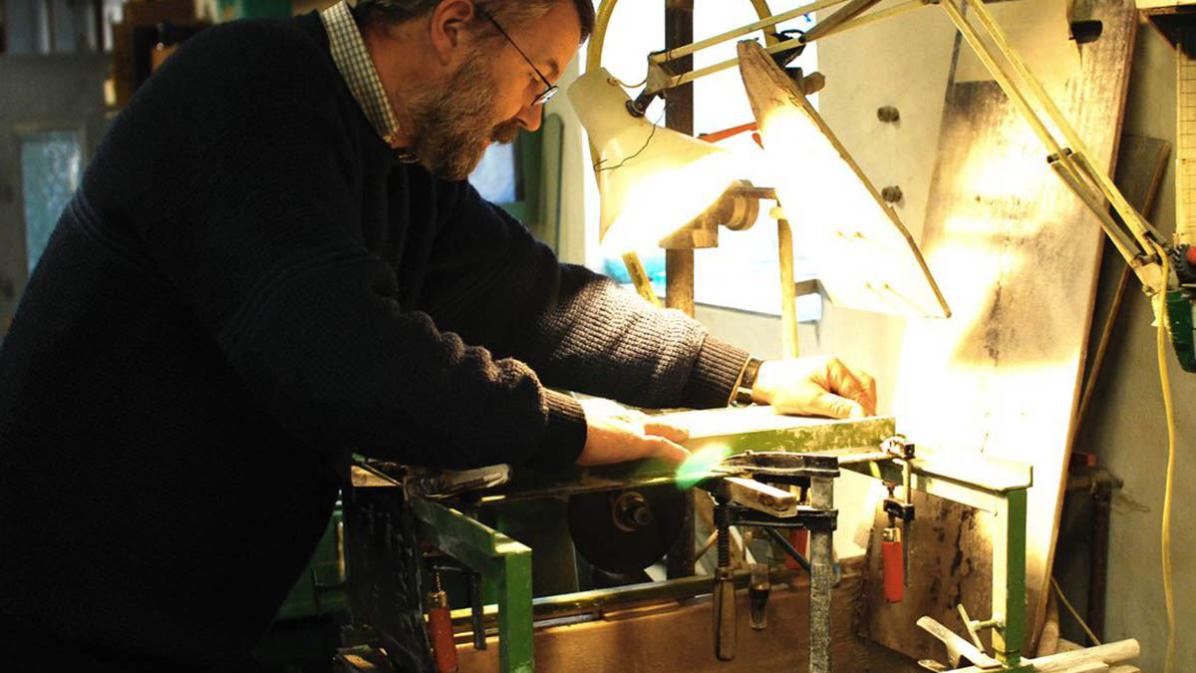 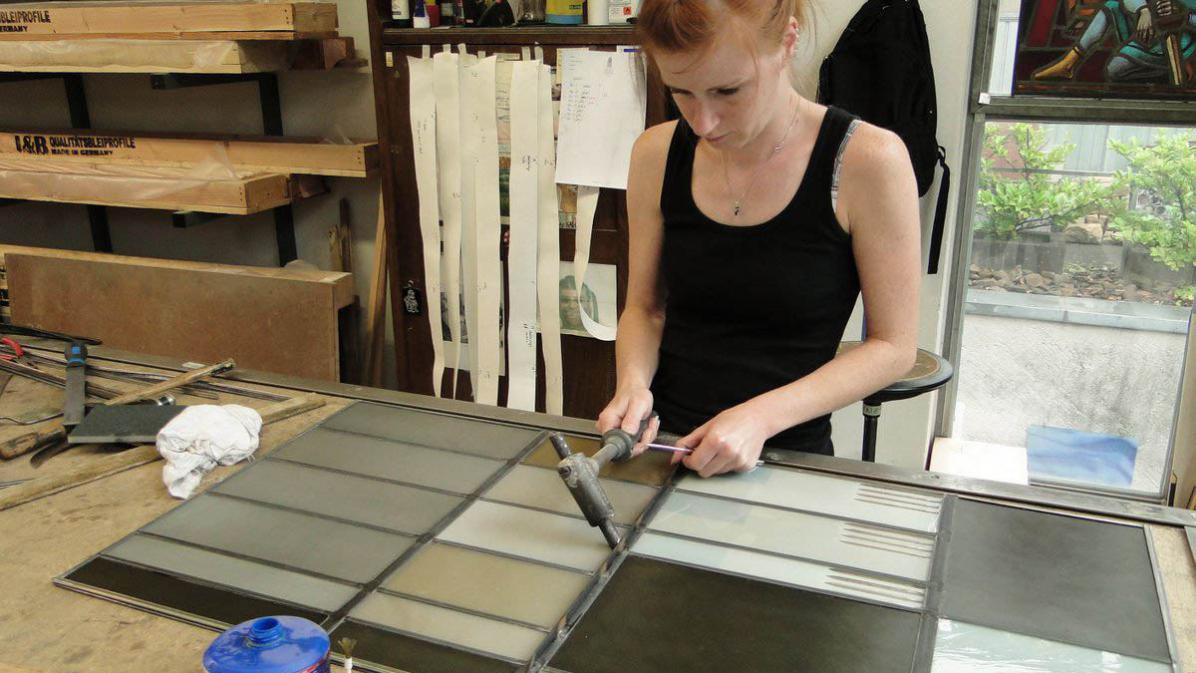 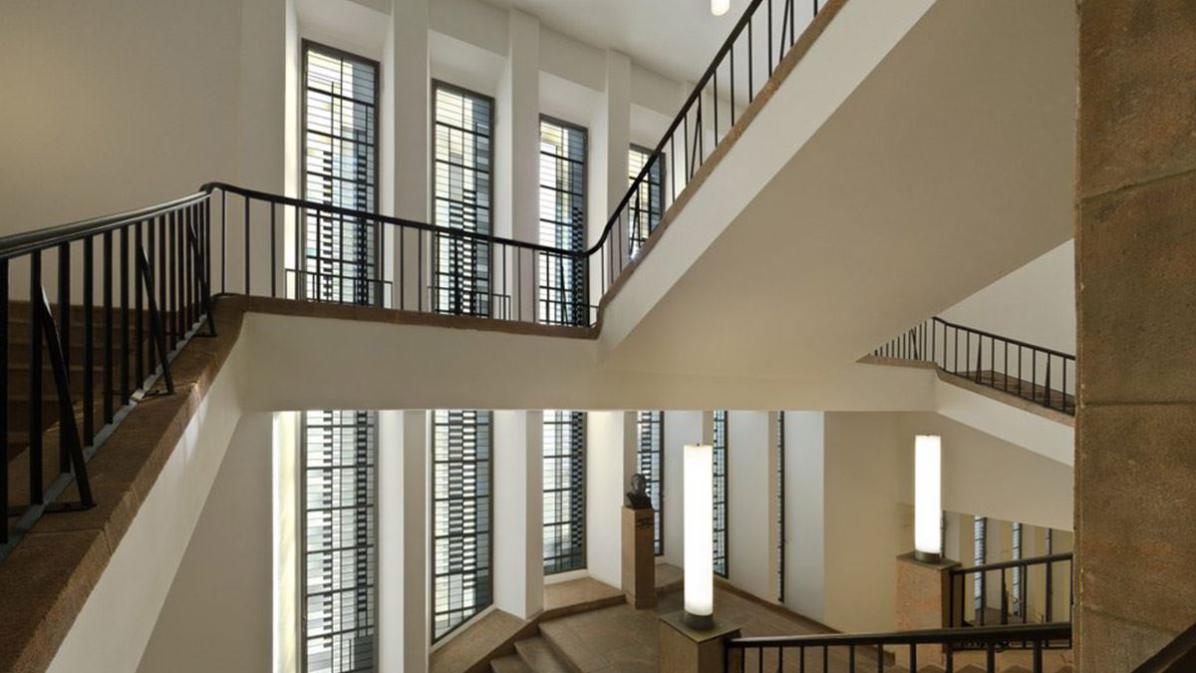 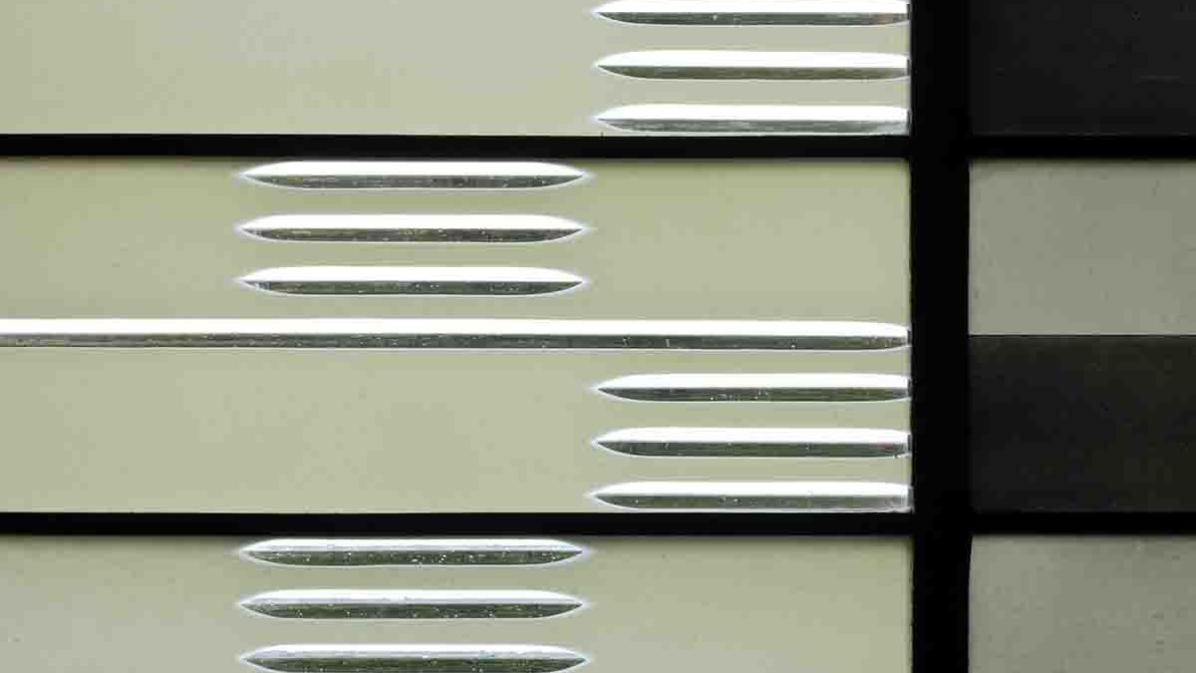 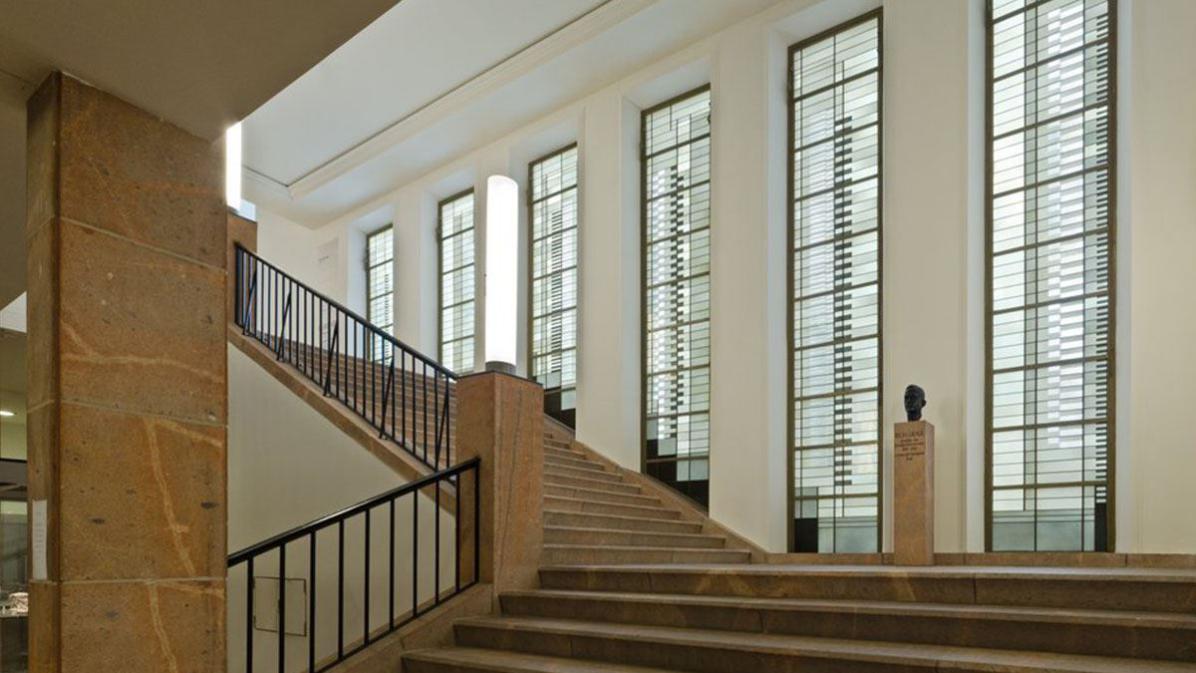 Now when you enter the spacious foyer of the museum, you will be able to experience a new dimension in space. The strictly geometric and square composition of Josef Albers‘ stairwell windows - designed in 1926 in the "Thermometer Style" - measure up to seven metres in height and appear to create a connecting band between the individual levels of the building. They provide the effect of a large and segmented, yet Interlinked and radiant picture, which is revealed properly only by movement. The windows were first created as a contribution to the significant "European Arts and Crafts 1927 Exhibition" in the Grassi Museum. It had been, however, always proposed to keep them in situ as a permanent feature of the building.

Placing these windows in such a central position - they are in fact the largest piece of glass design from the Dessau Bauhaus Period - was a commitment by the museum to the artistic avant-garde. However, the museum was destroyed by World War II bombing raids and the

"Albers-Windows" were, for a very long time, deemed to be lost. Public charity campaigns made it possible to have some historic pictures digitally developed to precision standard, and using these, Mrs Christine Triebsch, Professor of Glass Painting at Castle Giebichenstein, the Halle/Saale Academy of Art, was appointed to be in charge of the artistic reconstruction of the windows.

Following the review of all available resources, it was decided to use various opalescent and opaque double panes of flashed-glass, which were specially crafted for this project by "Glasshütte Lamberts" in Waldsassen. Some of the lower segments of the windows were made of translucent glass. Various light and dark layers of Schwarzlot (black stain) were applied to the inside and, in places, to the outside of the glass as well. All the edge cuttings were done by hand, in the traditional way, and were then polished. The glass panes were leaded with lead profiles of various strengths, and then putty was applied. The outside of the glass panes did not receive a protective layer, so that the intended aesthetic appearance was not impaired.

Josef Albers, March 19, 1888 – March 25, 1976 was a German-born American artist and educator whose work, both in Europe and in the United States, formed the basis of some of the most influential and far-reaching art education programs of the twentieth century. 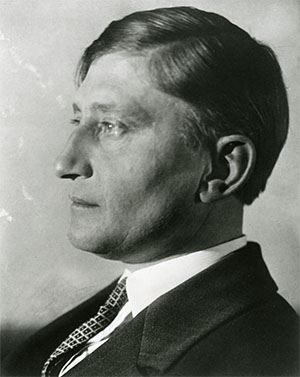 Life and work
Albers was born into a Roman Catholic family of craftsmen in Bottrop, Westphalia, Germany. He worked from 1908 to 1913 as a schoolteacher in his home town; he also trained as an art teacher at Königliche Kunstschule in Berlin, Germany, from 1913 to 1915. From 1916 to 1919 he began his work as a printmaker at the Kunstgewerbschule in Essen. In 1918 he received his first public commission, Rosa mystica ora pro nobis, a stained-glass window for a church in Essen.[2] In 1919 he went to Munich, Germany, to study at the Königliche Bayerische Akademie der Bildenden Kunst, where he was a pupil of Max Doerner and Franz Stuck.

Albers enrolled as a student in the preliminary course of Johannes Itten at the Weimar Bauhaus in 1920. Although Albers had studied painting, it was as a maker of stained glass that he joined the faculty of the Bauhaus in 1922, approaching his chosen medium as a component of architecture and as a stand-alone art form. The director and founder of the Bauhaus, Walter Gropius, asked him in 1923 to teach in the preliminary course ‘Werklehre' of the department of design to introduce newcomers to the principles of handicrafts, because Albers came from that background and had appropriate practice and knowledge.

In 1925, Albers was promoted to professor, the year the Bauhaus moved to Dessau. At this time, he married Anni Albers (née Fleischmann) who was a student there. His work in Dessau included designing furniture and working with glass. As a younger art teacher, he was teaching at the Bauhaus among artists who included Oskar Schlemmer, Wassily Kandinsky, and Paul Klee. The so-called form master, Klee taught the formal aspects in the glass workshops where Albers was the crafts master; they cooperated for several years. With the closure of the Bauhaus under Nazi pressure in 1933 the artists dispersed, most leaving the country. Albers emigrated to the United States. The architect Philip Johnson, then a curator at the Museum of Modern Art, arranged for Albers to be offered a job as head of a new art school, Black Mountain College, in North Carolina. In November 1933, he joined the faculty of the college where he was the head of the painting program until 1949. At Black Mountain, his students included Ruth Asawa, Ray Johnson, Robert Rauschenberg, Cy Twombly, and Susan Weil. He also invited important American artists such as Willem de Kooning, to teach in the summer seminar. Weil remarked that, as a teacher, Albers was "his own academy" and she said that Albers claimed that "when you’re in school, you’re not an artist, you’re a student", although he was very supportive of self-expression when one became an artist and began her or his journey. Albers produced many woodcuts and leaf studies at this time. Josef Albers, Proto-Form, oil on fiberboard, 1938, Hirshhorn Museum and Sculpture Garden

In 1962, as a fellow at Yale, he received a grant from the Graham Foundation for an exhibit and lecture on his work. Albers also collaborated with Yale professor and architect King-lui Wu in creating decorative designs for some of Wu's projects. Among these were distinctive geometric fireplaces for the Rouse (1954) and DuPont (1959) houses, the façade of Manuscript Society, one of Yale's secret senior groups (1962), and a design for the Mt. Bethel Baptist Church (1973). Also, at this time he worked on his structural constellation pieces.

In 1963, he published Interaction of Color which presented his theory that colors were governed by an internal and deceptive logic. The very rare first edition has a limited printing of only 2,000 copies and contained 150 silk screen plates. This work has been republished since and is now even available as a cell phone app. Also during this time, he created the abstract album covers of band leader Enoch Light's Command LP records. His album cover for Terry Snyder and the All Stars 1959 album, Persuasive Percussion, shows a tightly packed grid or lattice of small black disks from which a few wander up and out as if stray molecules of some light gas. He was elected a Fellow of the American Academy of Arts and Sciences in 1973. Albers continued to paint and write, staying in New Haven with his wife, textile artist, Anni Albers, until his death in 1976. 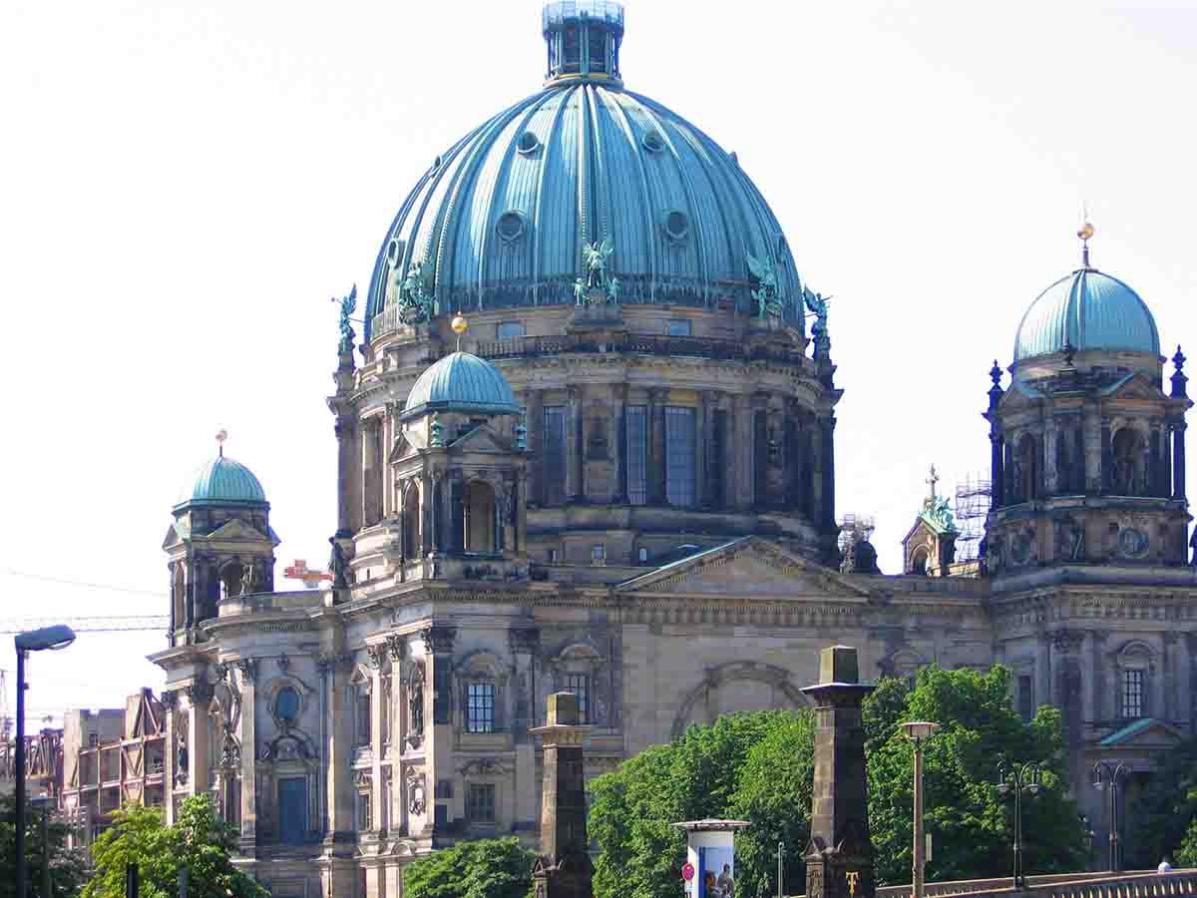 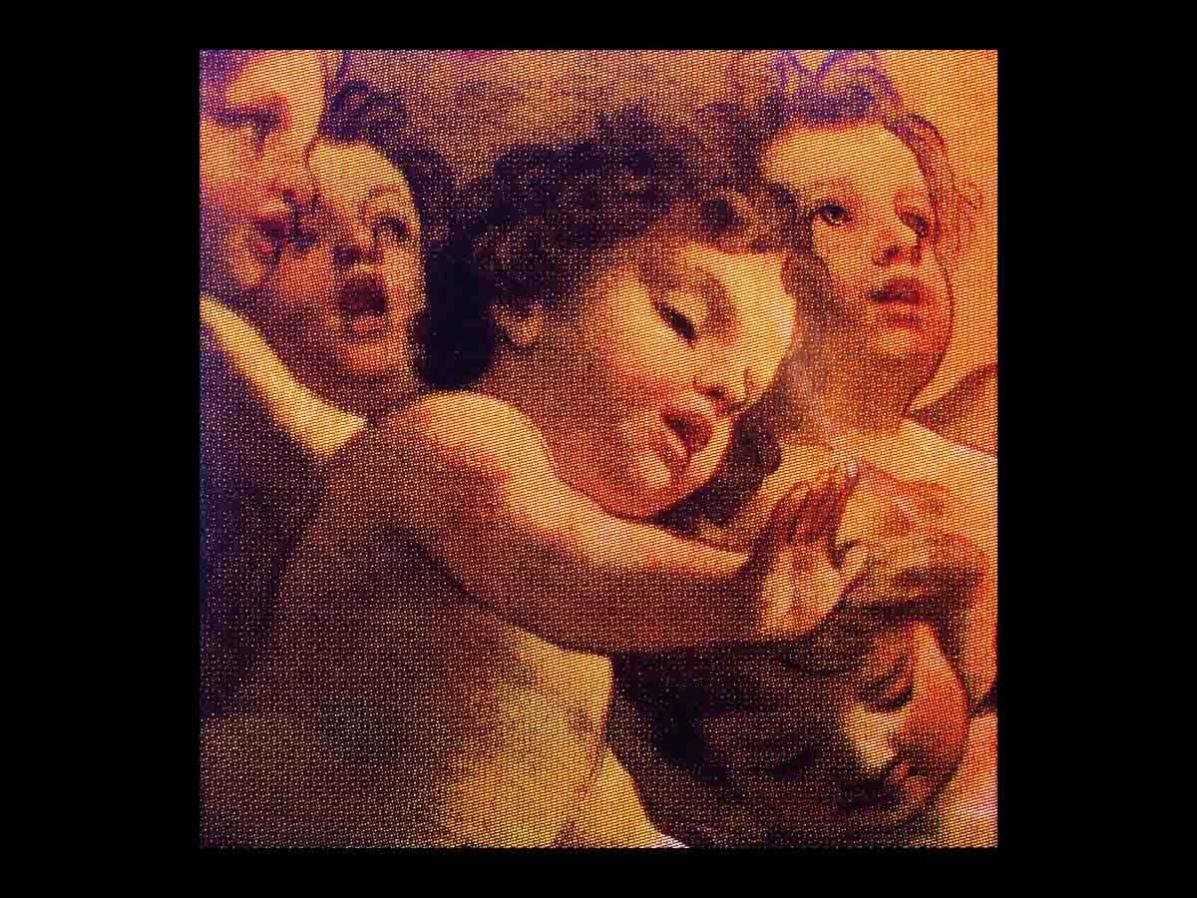 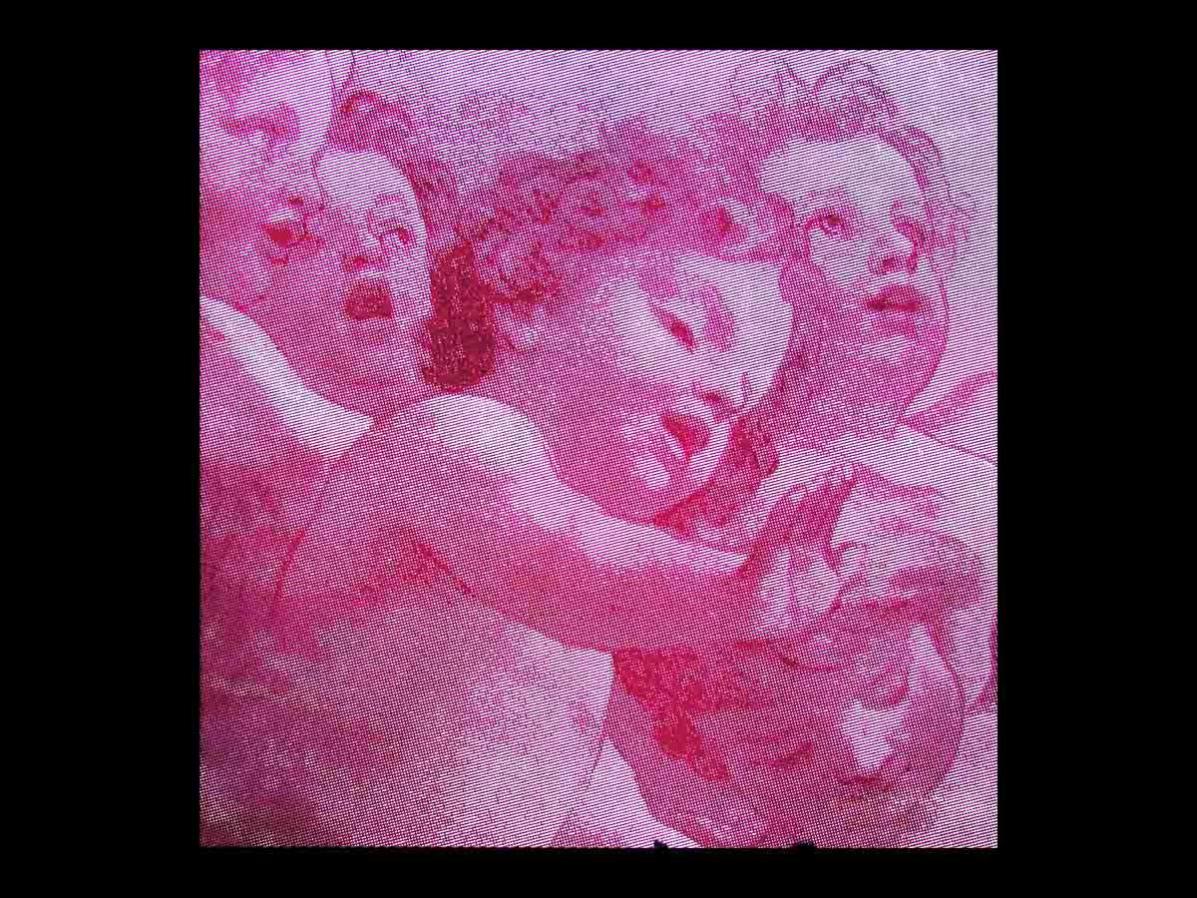 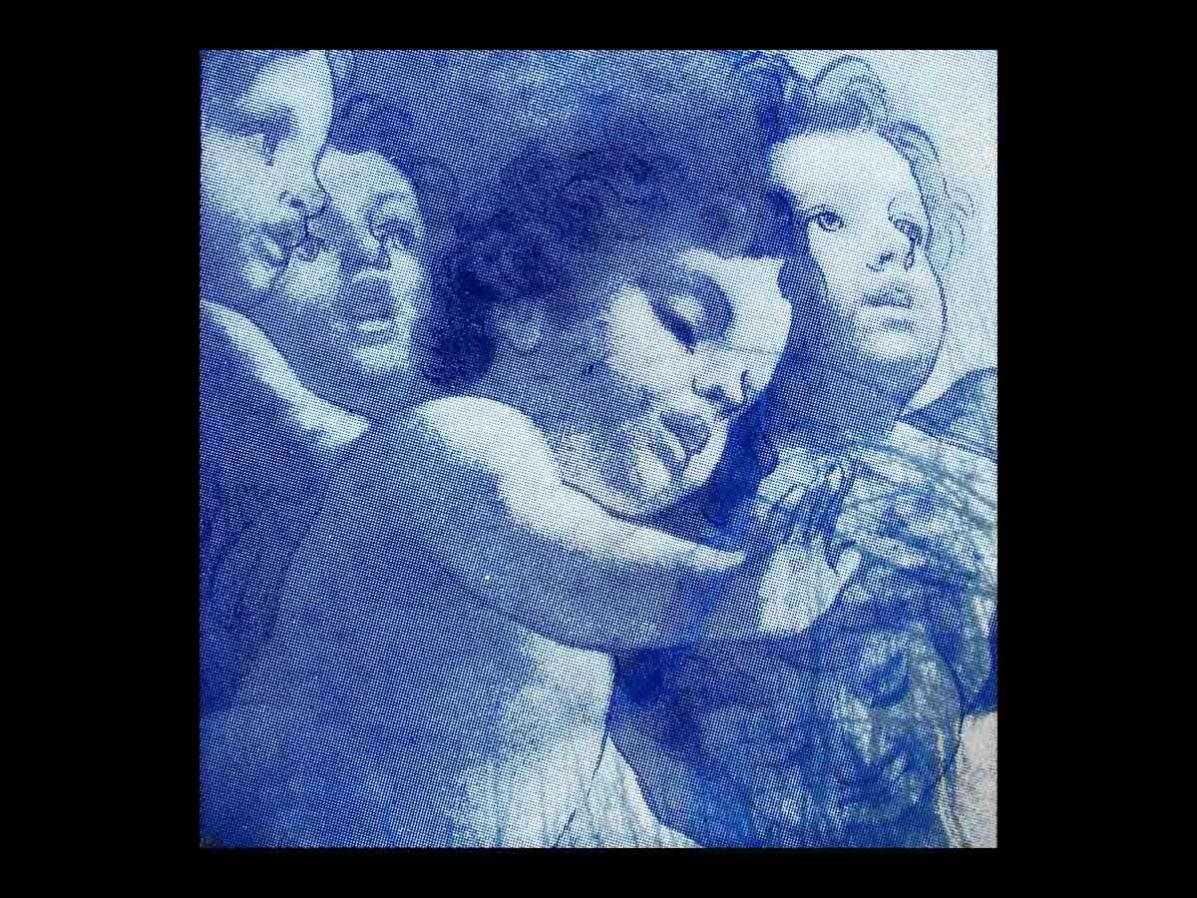 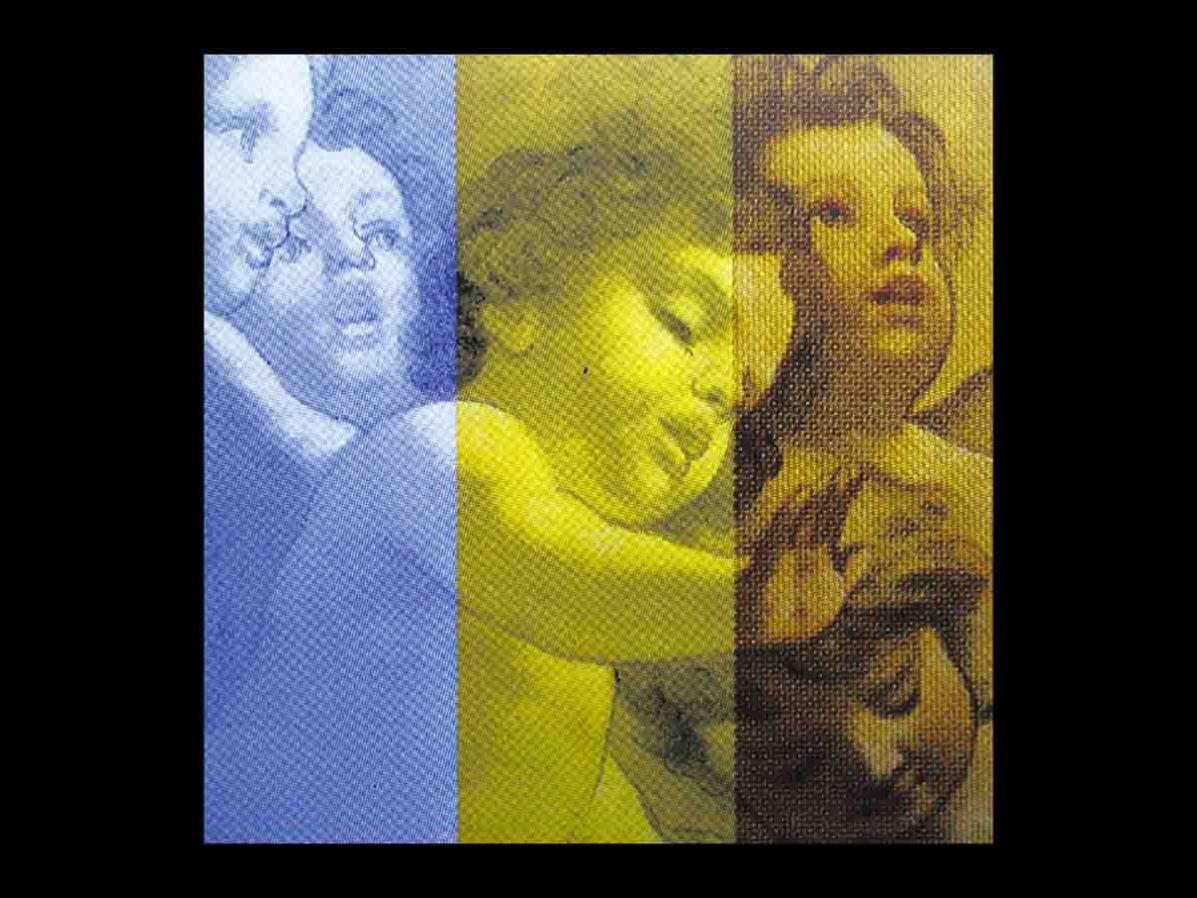 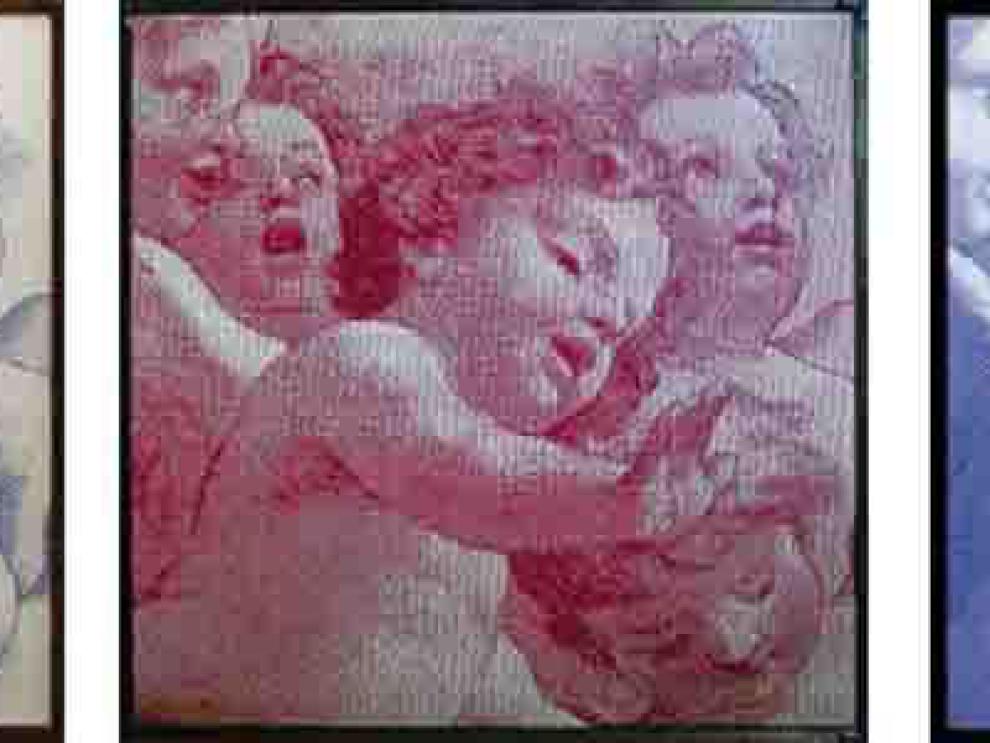 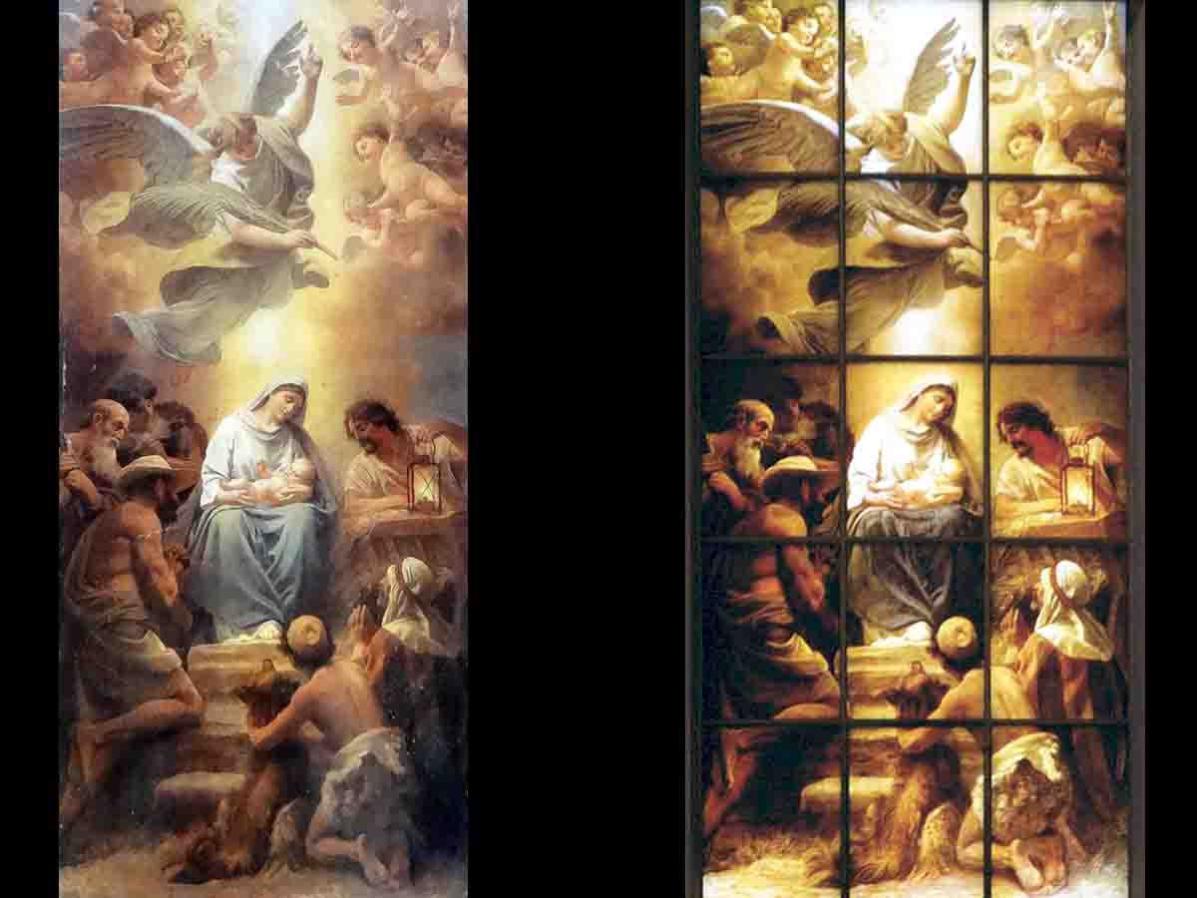 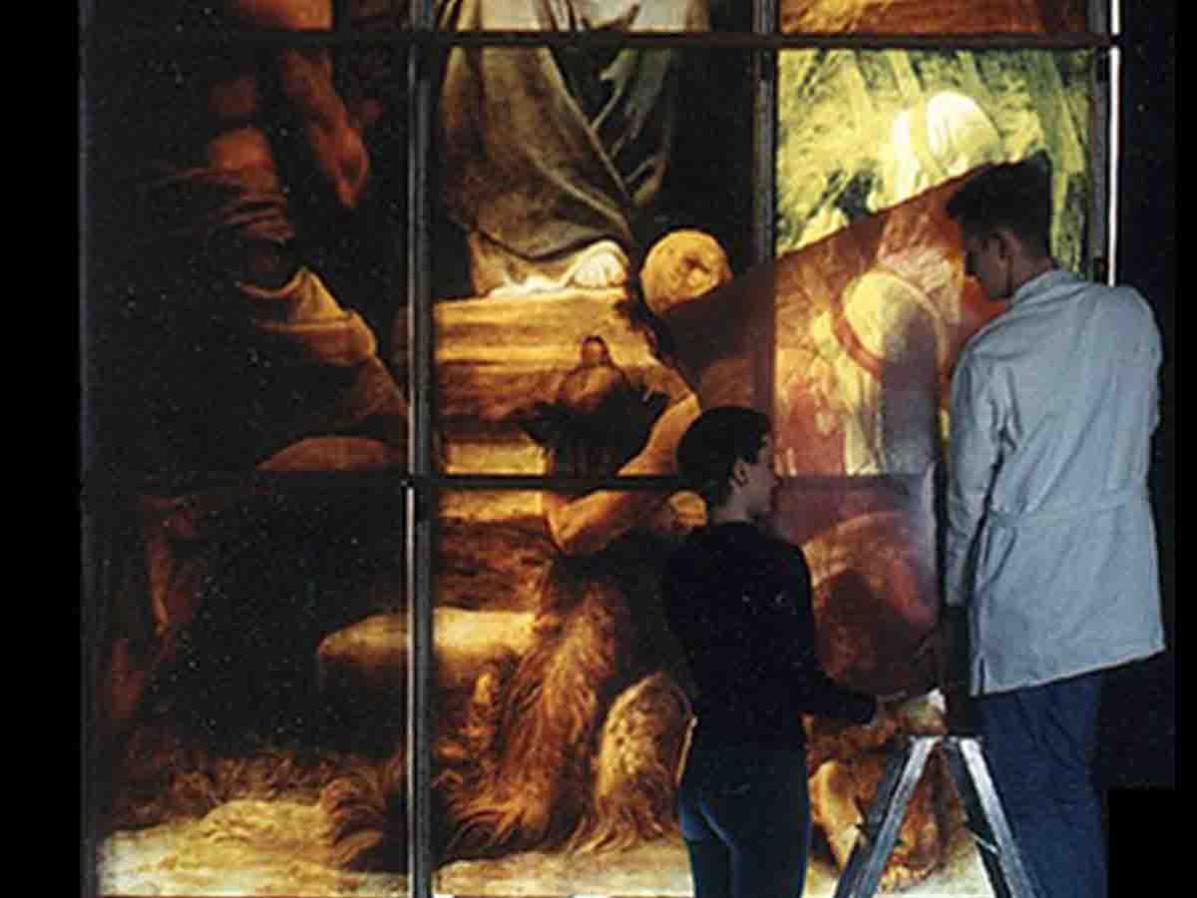 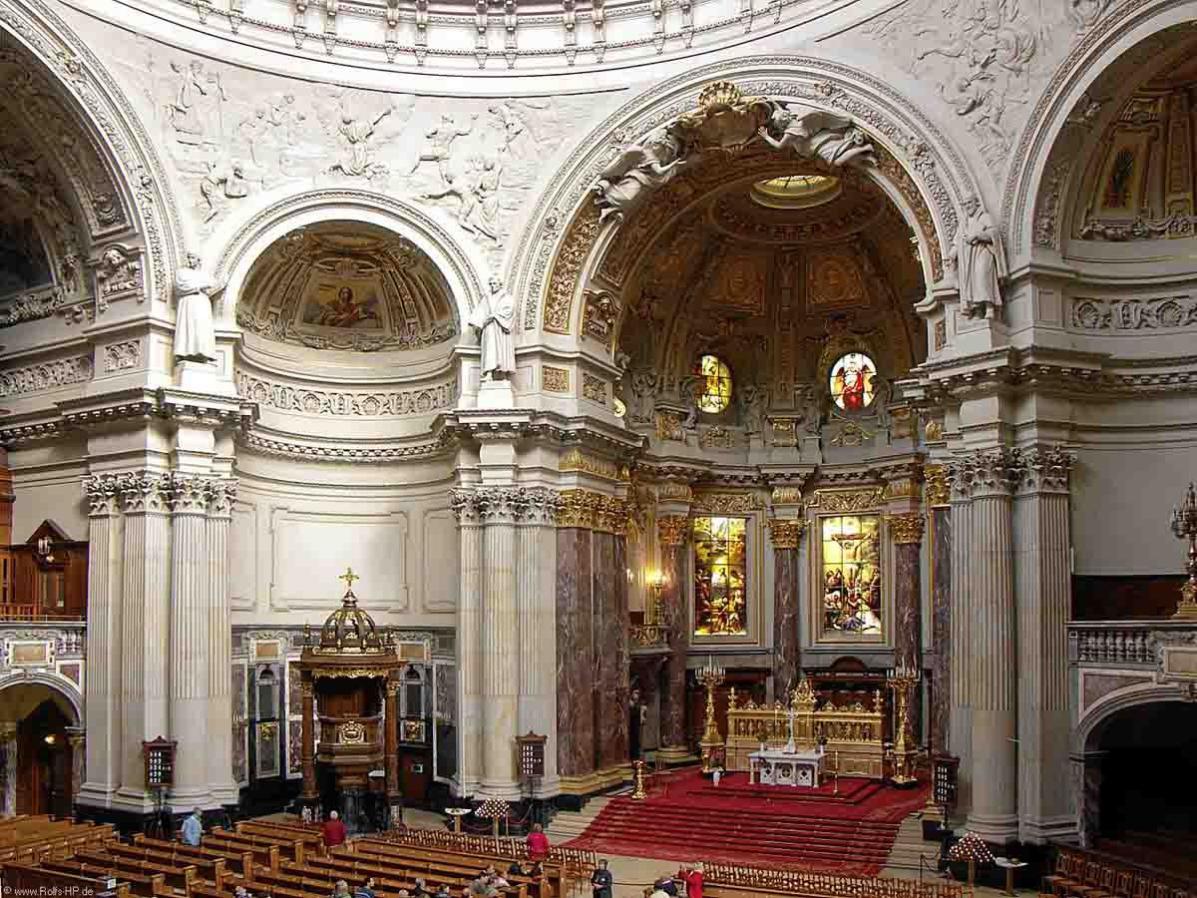 Luce Flureo - the technique of the original windows from 1850 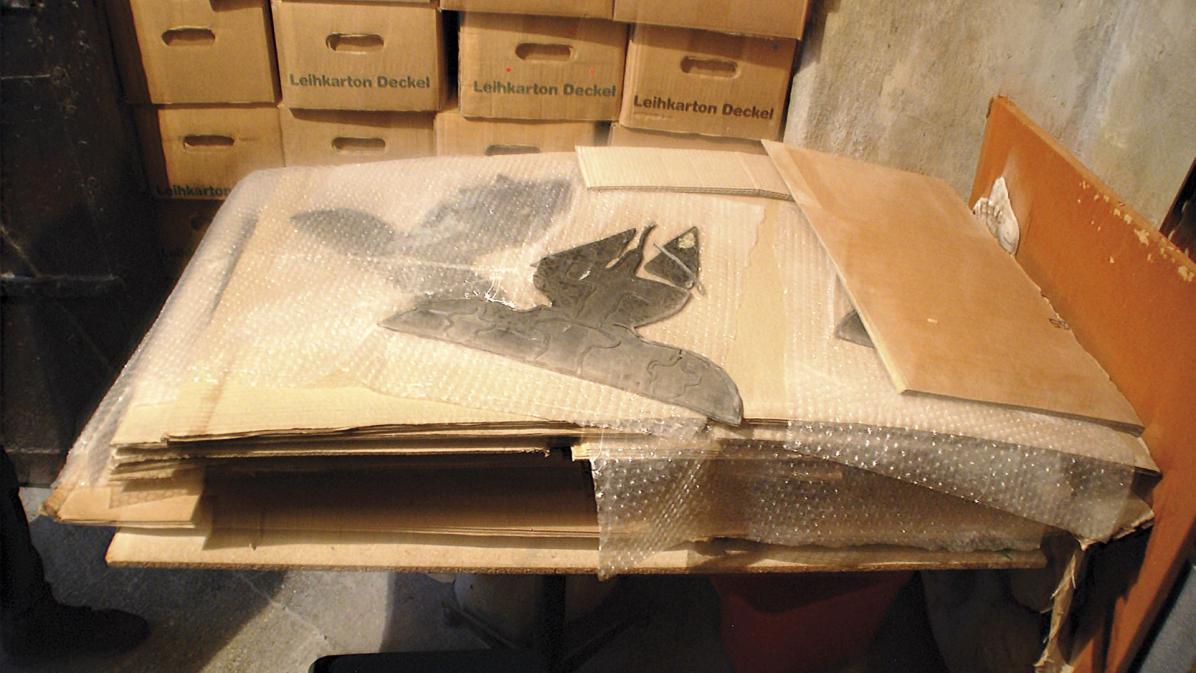 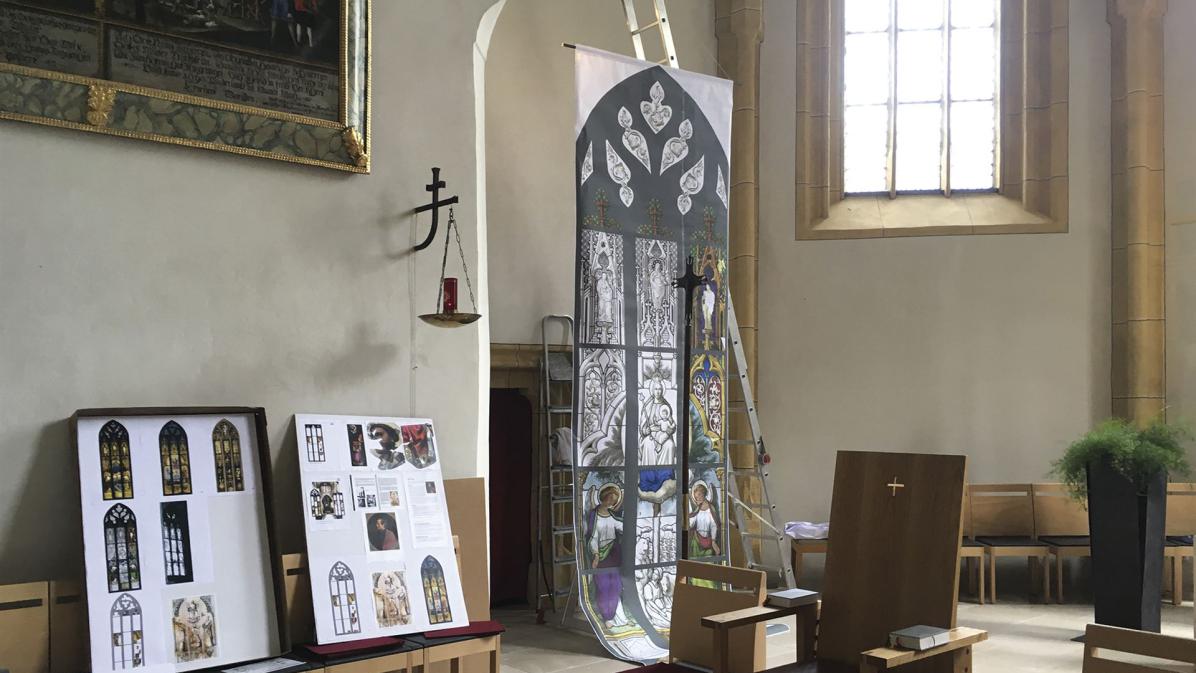 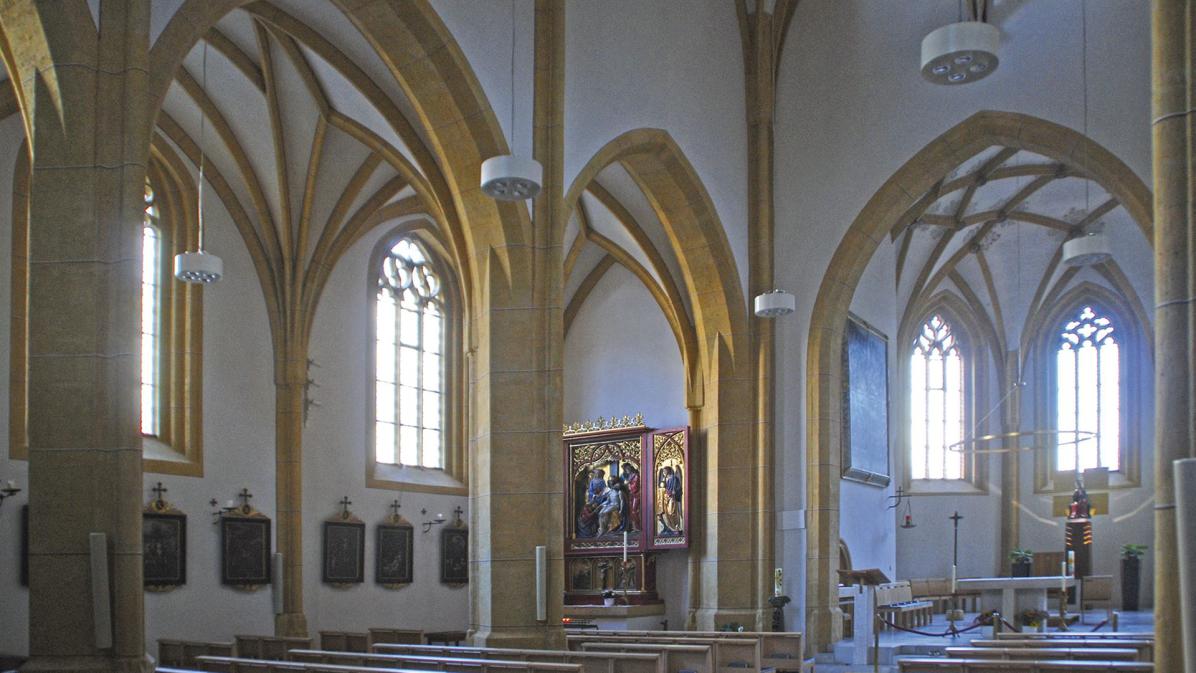 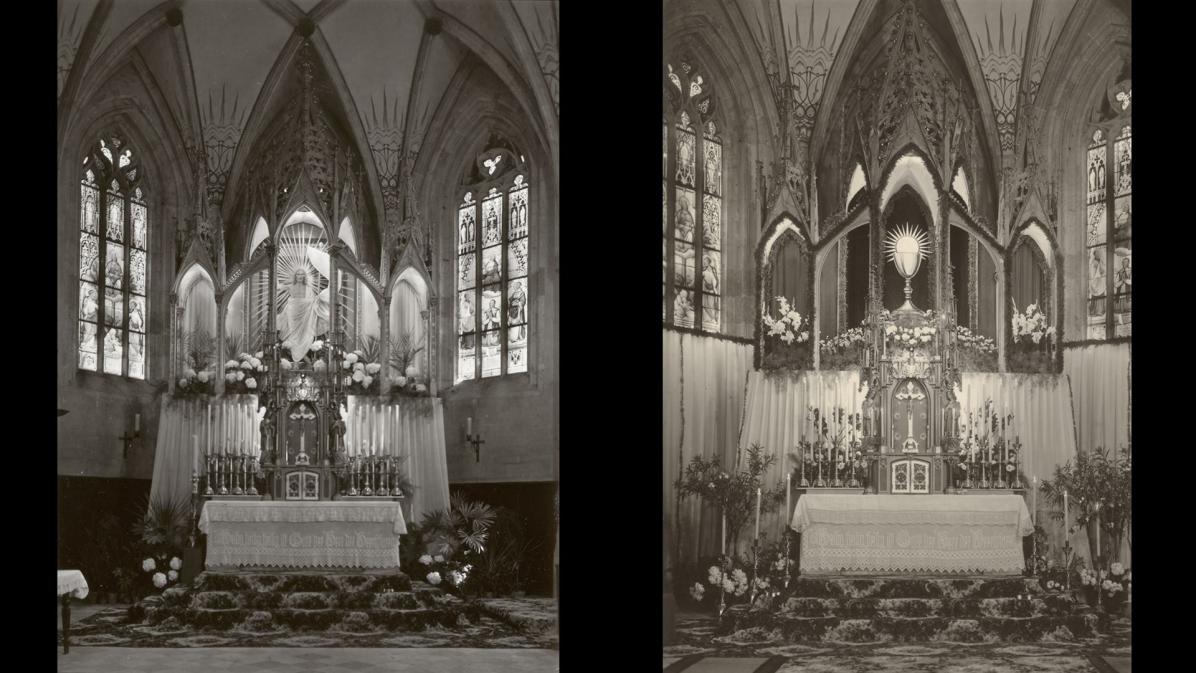 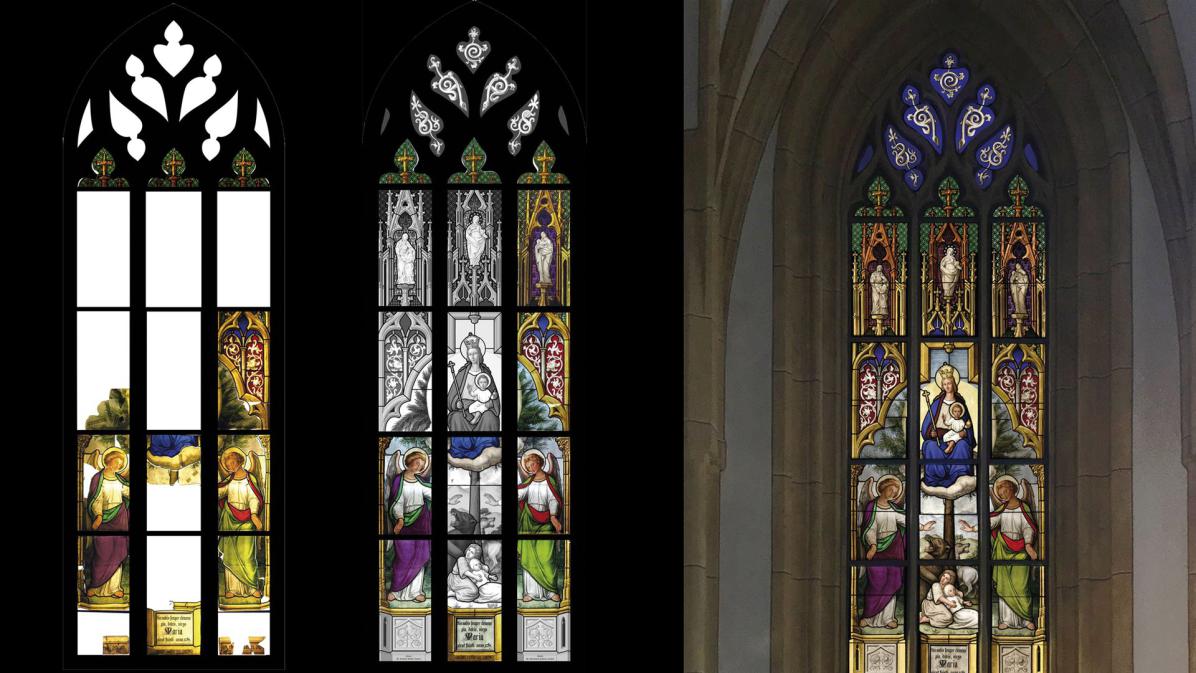 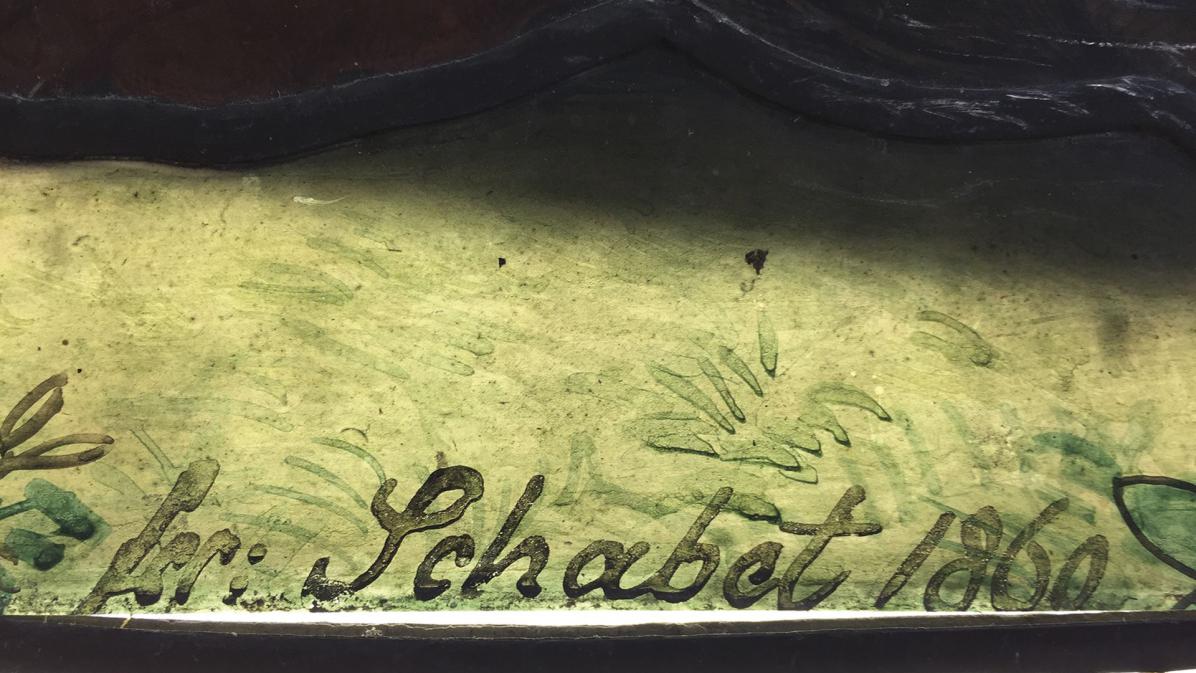 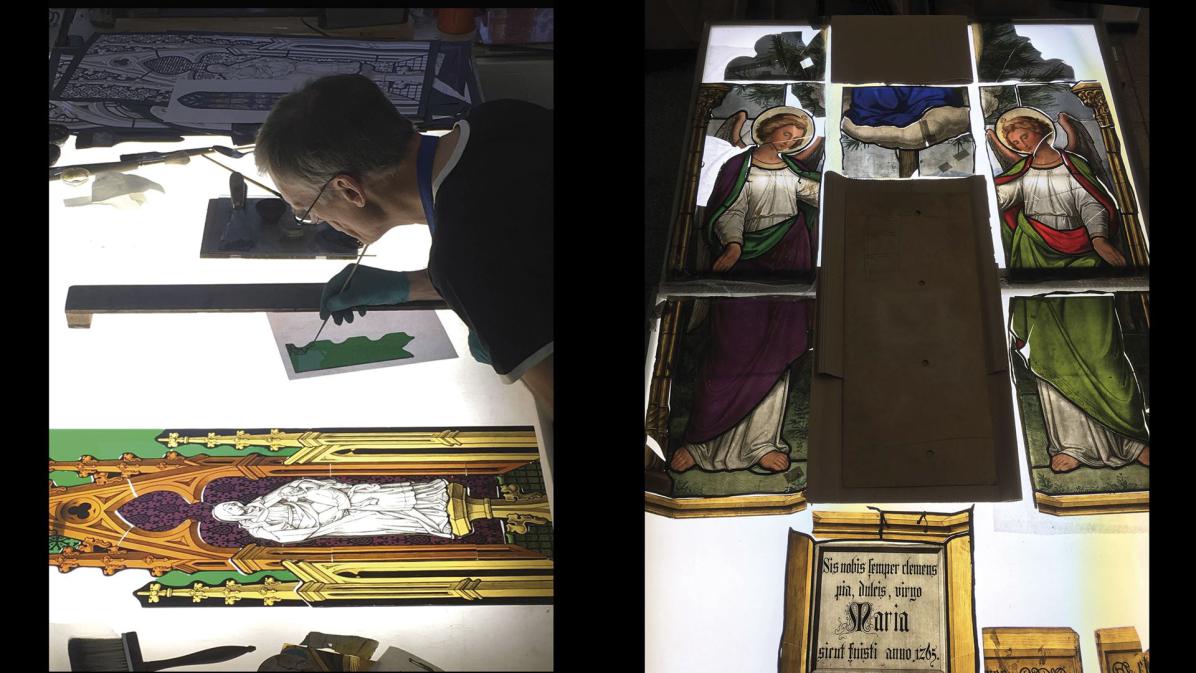 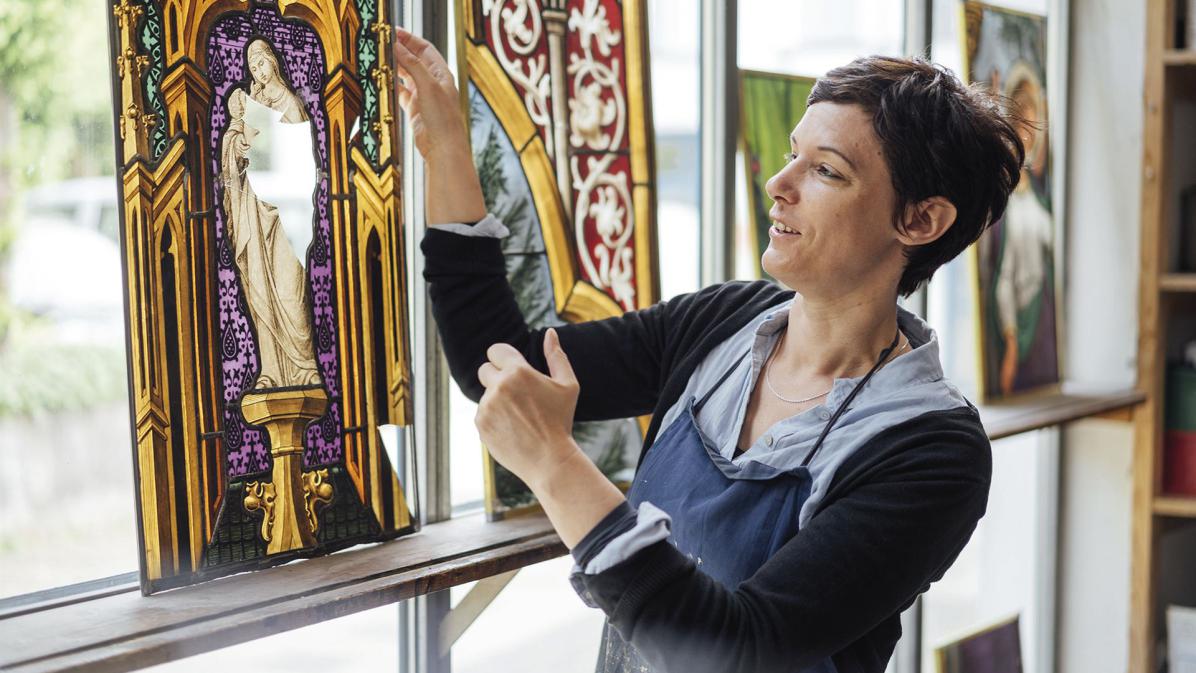